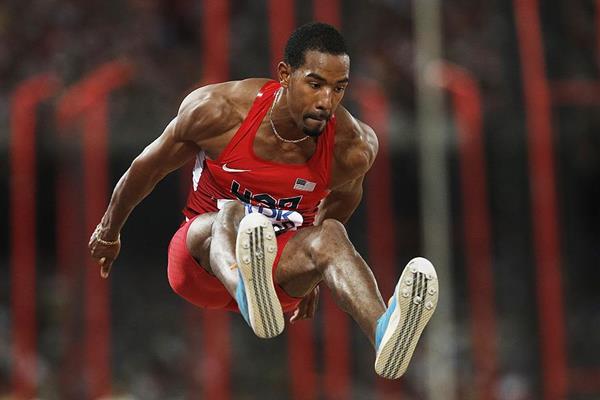 It may not have been one of his most competitive IAAF Diamond League showdowns with arch-rival Will Claye, but Christian Taylor’s triple victory at the AG Memorial Van Damme in Brussels on Friday (6) was a memorable one for many other reasons.

Not only did he break the long-standing meeting record, but he landed his seventh Diamond trophy, equalling the record haul held by French pole vault star Renaud Lavillenie.

Taylor opened with 17.30m – a mark that would have eventually been enough to win – and then went out to 17.85m with his second leap. That would have smashed Jonathan Edwards’ 17.60m meeting record had it not been for the marginally windy 2.1m/s following wind.

In the penultimate round, though, Taylor went out to a wind-legal 17.66m (0.1m/s) to add six centimetres to the meeting record that had stood for 24 years.

Claye’s best leap on the night was 17.22m, enough for second place ahead of fellow US jumper Omar Craddock (17.17m).