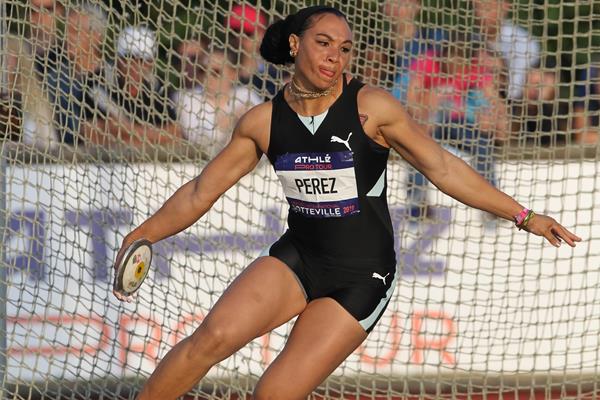 In a spirited battle with Cuban compatriot Denia Caballero, Perez struck first, reaching 69.08m in the opening round, just 11 centimetres shy of her 69.19m lifetime best set at this meeting in 2017.

Caballero responded in the second round with a 69.08m effort of her own, but only pushed Pérez on to one of the 28-year-old’s most consistent series of her career. After a 65.97m in the second round, she followed up with a 66.89m in the third and 68.44m in the fourth. After fouling in the fifth, she nailed the winning 69.39m in the final round, a lifetime best and new world lead.

Caballero, who arrived as the world leader at 69.20m, didn’t improve, and had to settle for second.

The pair are the most dominant discus throwers in the world a the moment, owning the seven best throws of the season (Pérez four, Caballero three), 10 of the best 11 and 16 of the farthest 17.