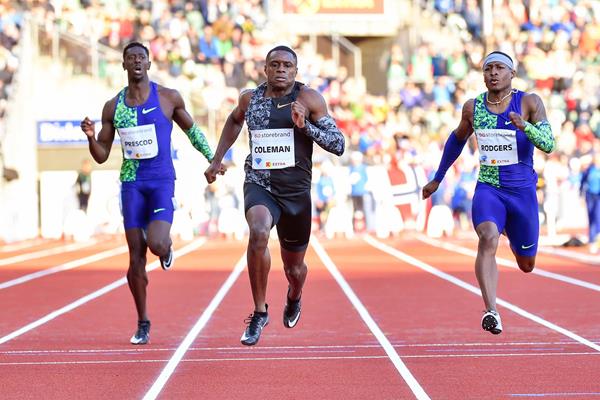 Christian Coleman sped to a dominant 9.85 victory in the 100m at the Bislett Games in Oslo as the 2019 IAAF Diamond League resumed in the Norwegian capital on Thursday (13).

Quickest out of the blocks, the reigning Diamond League champion pulled away mid-race and was never threatened as he chipped 0.01 from the previous world lead he shared with compatriot Noah Lyles and Divine Oduduru of Nigeria. Given the evening chill that descended upon the sold out Bislett Stadium, Coleman was pleased.

“I’m pretty excited about it – it was good run and pretty good time,” said Coleman, who uses “pretty good” as a characterization of the third fastest time of his career.

“It wasn’t ideal conditions, but the crowd made it exciting and I came out for the victory. I executed better than in my last race.”