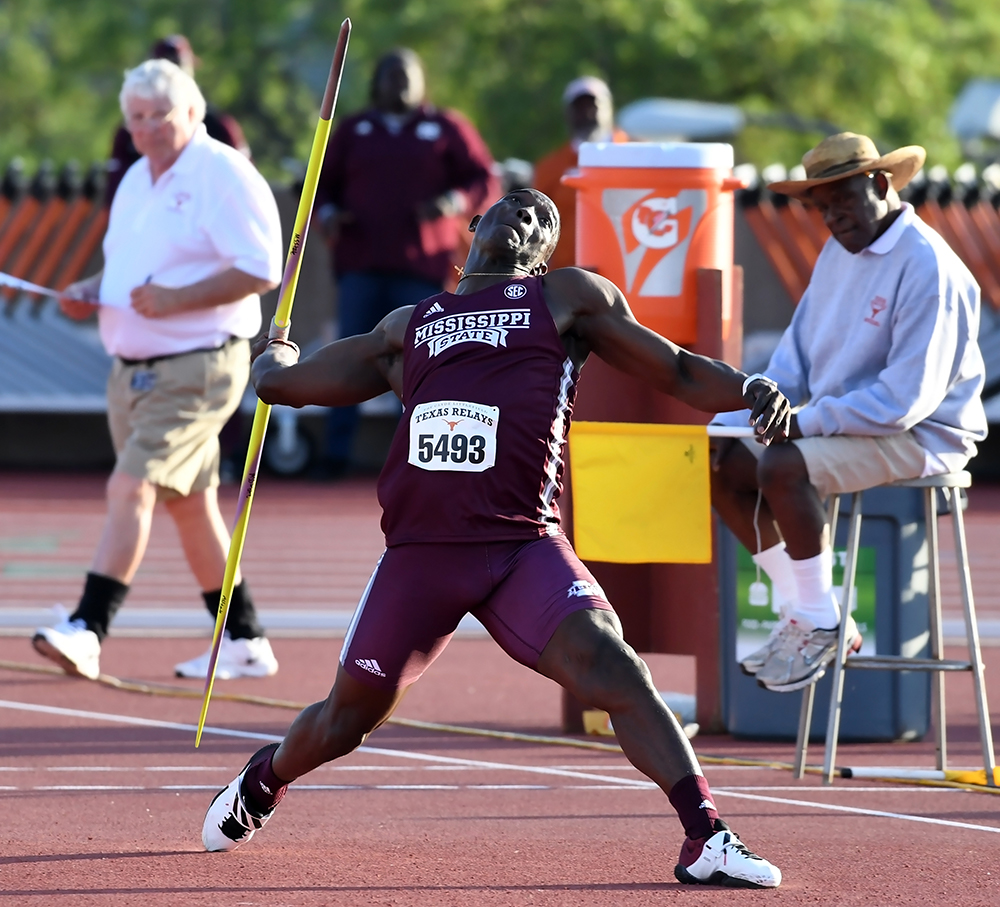 AUSTIN, TEXAS, March 27-30—It’s the Saturday session of the Texas Relays that draws the biggest crowds (this year’s tally: 20,957), but if you wanted to see all-time lists being rewritten—especially in the field—you needed to be with the diehards who show up a day or two early.

The biggest mark of note came from Mississippi State soph Anderson Peters. The 21-year-old Grenadian added to the Caribbean’s legacy in the javelin with a stellar 282-4 (86.07) that moved him from No. 7 to No. 3 in collegiate history. It was no fluke—the ’18 NCAA champ’s entire series was solid, with nothing worse than 271-5 (82.72).

“To me it’s a great deal because it basically has been 2 years since I set a PR,” Peters told the Longhorn Network. “The plan was to come here and get a PR because this is the best field for javelin throwing, so to come here, get a PR, and then take a slight break in April, come back out in SEC and then start doing the same thing until Nationals.”