With well-played jokers and a handful of surprise performances, the Americas team find themselves in the leading position at the end of the first day of the IAAF Continental Cup Ostrava 2018 on Saturday (8).

Runners-up in 2014, Americas have amassed 135 points at the half-way stage to lead from defending champions Europe (123). Africa sits in third with 89 points while Asia-Pacific is fourth with 74 points. 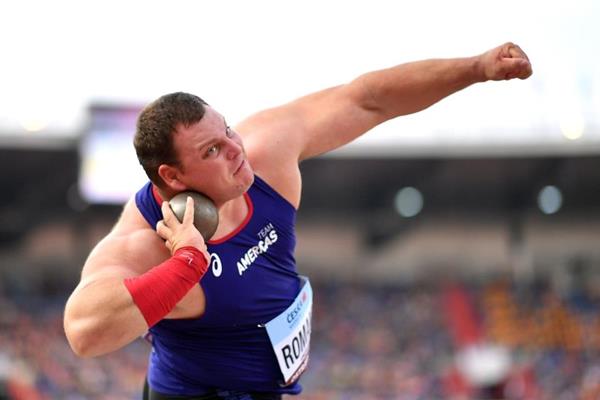 On a day full of drama and careful calculations as athletes adjusted to the new formats for various events, the first track event of the weekend set the tone as Jamaica’s 2015 world champion Danielle Williams led an Americas 1-2 from world record-holder Kendra Harrison in the women’s 100m hurdles.

Harrison, the world indoor champion, got off to the best start but Williams was close behind throughout. While Harrison lost a bit of momentum in the latter stages, Williams came off the final hurdle best and hurtled towards the line in 12.49, just 0.02 shy of the competition record. Harrison was second in 12.52 while Germany’s Pamela Dutkiewicz, representing Europe, was third in 12.82.

Panama’s Alonso Edward retained his Continental Cup title in the 200m, overtaking world champion Ramil Guliyev in the closing stages to win in 20.19.

In the women’s hammer, Deanna Price of the Americas upset Europe’s world record-holder Anita Wlodarczyk. In the new format for horizontal field events, the top four athletes from each team after three rounds had an additional attempt. The top two athletes from that fourth round went on to have one further attempt, the results of which would be used to determine the final standings.

Price and Wlodarczyk dominated each stage of the hammer, Price throwing 75.13m to the Pole’s 73.45m in round three. Both women came close to those marks in the fourth round to guarantee their place in round five. Wlodarczyk ended with 73.20m while Price sent her hammer flying out to a competition record of 75.46m.

There was some consolation for Wlodarczyk and her Europe teammate Alexandra Tavernier, however, as their team captain had played their joker, meaning the duo picked up double points.

AMERICAS DOMINATE FIELD EVENTS
Americas team captain Mike Powell had played one of his joker cards in the women’s triple jump and Colombia’s Caterine Ibarguen did not disappoint.

Her opening jump of 14.31m remained the top mark after three rounds. Then, jumping into a -0.9m/s wind and taking off 29 centimetres behind the line, she improved to 14.76m in round four. Competition record-holder Olga Rypakova was the only other remaining competitor in the fifth round, but she recorded a foul while Ibarguen sailed out to 14.54m to guarantee her victory.

Donald Thomas bagged more valuable points for the Americas, winning the high jump on countback with 2.30m. Asia Pacific had played their joker in this event, so second-placed Brandon Starc and fourth-placed Majd Eddin Ghazal, with a best of 2.24m, went away with double points.

The success for Americas continued in the throwing events.

Brazil’s Darlan Romani upset Americas teammate Ryan Crouser, the Olympic champion, and Asia-Pacific’s world champion Tom Walsh by winning the shot put. Romani’s second-round effort of 21.89m remained the best of the day and he came out on top by beating Walsh in the final round, 21.68m to 21.43m.
Another world champion thrower was beaten by a member of the Americas team when Jamaica’s Fedrick Dacres got the better of Europe’s Andrius Gudzius in the discus. Dacres was the clear leader in the first three rounds with 66.64m and safely made his way through to the last round, where he improved to 67.97m.

With this being another joker event for the Americas, the leaders enjoyed an additional points boost.

Europe had been hoping to get back on terms with the Americas in the women’s discus, but in what was arguably the most dramatic field event of the day, the defending champions once again missed out.

World, Olympic and European champion Sandra Perkovic set out her stall early, throwing 68.44m in round one. IAAF Diamond League winner Yaime Perez, representing the Americas, threw 65.00m in round two and was second-best to Perkovic in the fourth round, meaning both women went through to round five.

But Perkovic faltered after releasing her discus in the final round, losing her balance and touching the ground outside the circle to register a foul. In the format of this competition, where marks in the fifth round count towards the final standings, it meant that any valid attempt from Perez would end up as the winning mark. As it was, the Cuban didn’t hold back and sent her discus out to 65.30m to take the win.

The day ended as it began: with further victories for the Americas. Both of their 4x100m teams sped to comfortable triumphs, the women winning in 42.11 from an all-British European team, and the men’s quartet breezing to a 38.05 win from Europe’s Turkish squad.