Ronnie Baker stormed to a world-leading 9.87 100m victory to highlight the Kamila Skolimowska Memorial in Chorzow, Poland, on Wednesday (22). 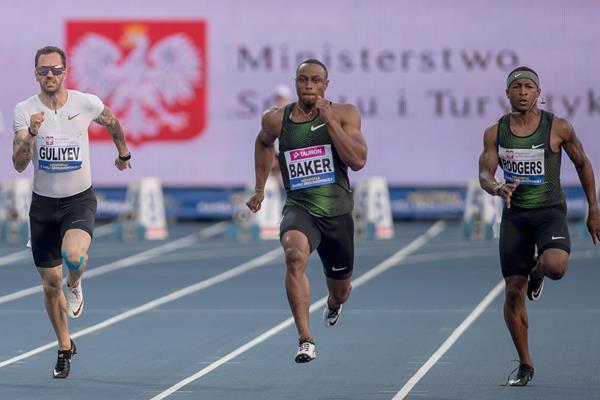 The performance by the 24-year-old in this southern Polish city clipped 0.01 from his personal best as well as from the world lead he shared with compatriot Noah Lyles. Baker also eclipsed the previous meeting record of 9.98 set by Usain Bolt in 2014 when the competition was held in Warsaw.

Propelled by victories in Rome, Paris and London, Baker will arrive at next week’s IAAF Diamond League final in Brussels (31) leading the 100m standings in the series, and, clearly running in the best shape of his career.

Baker dominated the race, finishing more than 0.20 ahead of runner-up Mike Rodgers, who clocked 10.10. World and European 200m champion Ramil Guliyev of Turkey was a distant third in 10.24.

“I felt ready,” Baker said. “This is good motivation before the Diamond League final.”

Baker’s was one of seven meeting records set at the competition, witnessed by a crowd of 41,200, the largest to attend an athletics meeting in Poland since the 1960s.