World indoor champion Sandi Morris produced a world-leading 4.95m to win the women’s pole vault at the Liberty Bridge Jump Off meeting in Greenville on Friday (27). 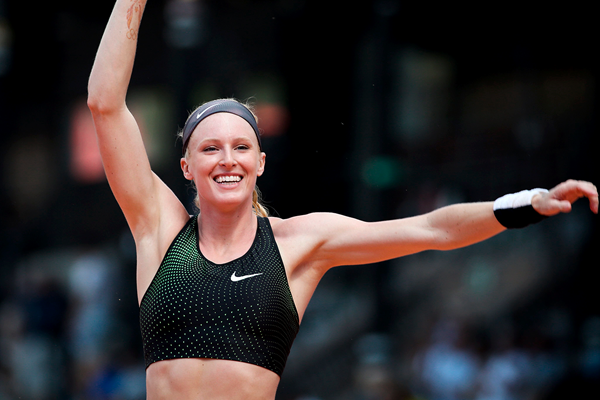 Competing in her home town in South Carolina, the world and Olympic silver medallist from the USA went on to raise the bar to a would-be world record height of 5.07m. Her attempts were solid, particularly her final effort, but she was more than happy to end the night with the second-best mark of her career.

Morris entered the competition with a first-time clearance at 4.45m, then went over 4.55m, 4.65m and 4.75m on her first tries at those heights. She needed three attempts to successfully negotiate 4.85m and then cleared 4.95m on her second effort.

Her winning height was just five centimetres shy of the PB she set at the IAAF Diamond League final in Brussels in 2016. Emily Grove finished a distant second with 4.45m.

“This is amazing,” said Morris. “It’s mind-blowing so many people are here. Greenville has been so supportive to me throughout my journey, especially since the Rio Games.”

By Jon Mulkeen for the IAAF