KINGSTON — Danielle Williams and Ronald Levy landed the women’s and men’s sprint hurdle events on the final day of action at the 2018 Jamaica National Senior and Junior Championships at the National Stadium on Sunday night.
Williams, the Commonwealth Games silver medallist won the lively battle with Yanique Thompson to seal the women’s 100m hurdles title with a time of 12.63 seconds. 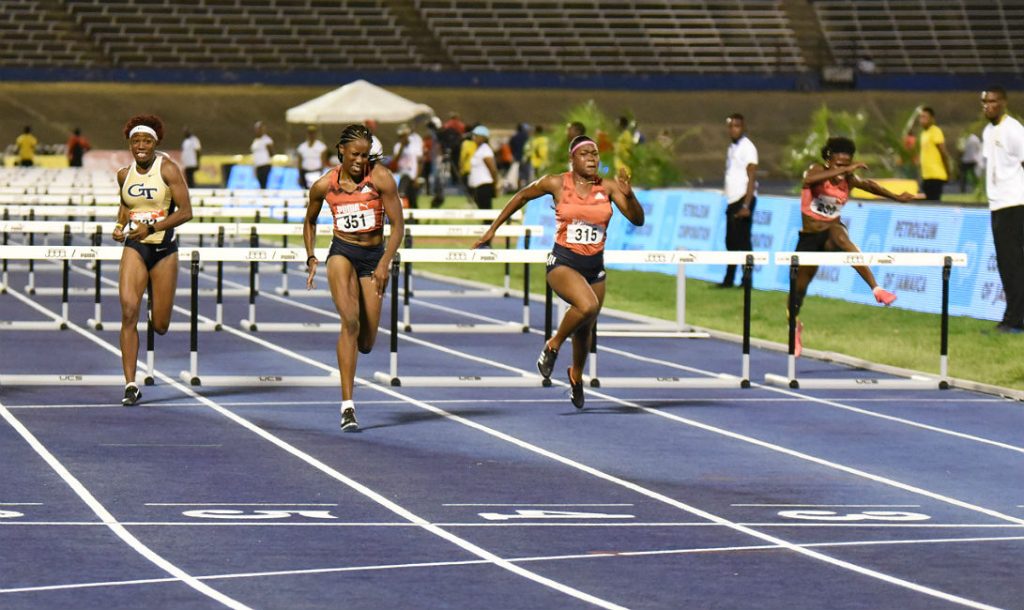 Thompson, who finished third at the Commonwealth Games came across the line in 12.78 seconds for second place with Jeanine Williams taking third in 12.94 seconds.

Running into a -0.5m/s headwind, Levy held his form to stop the clock at a season’s best 13.16 seconds for the win.

Parchment, who followed Levy home at the Commonwealth Games, was second again at the trials in 13.40 seconds, while Andrew Riley took third in a season’s best of 13.53 seconds.

Former national junior record holder Tyler Mason was pushed back to sixth in 14.07.

In action in the field, Commonwealth Games silver medallist Shanieka Ricketts bound out to 14.39m in the third round to win the women’s triple jump.

O’Dayne Richards heaved a seasonal best mark of 20.86m in the second round to win the men’s Shot Put over Ashinia Miller (19.90m).