The U20 women’s 10km race walk at the IAAF World Race Walking Team Championships Taicang 2018 witnessed a thrilling battle between three athletes on the final two-kilometre loop as Alegna Gonzalez of Mexico bettered her own North American U20 record with 45:08. 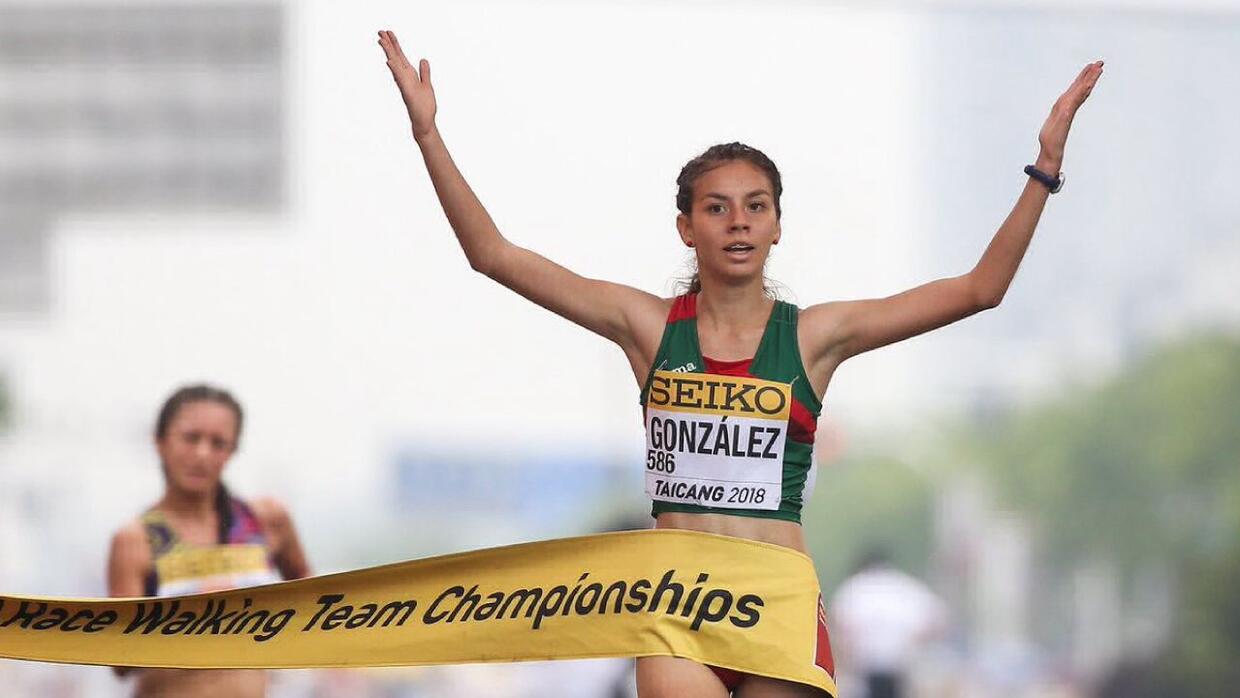 A leading pack of nine race walkers covered the first half of the race in 23:09. The group continued to shrink in the next one-and-a-half laps following a series of mini breaks from different athletes.

By the time they took the bell, the leaders were down to three with Gonzalez alongside Japan’s Nanako Fujii and Ecuador’s world U18 champion Glenda Morejon. Katie Hayward of Australia was the sole chaser, six seconds in arrears.

Fujii, who will celebrate her 19th birthday on Monday, tried to surge ahead but only managed to break clear of Gonzalez, as Morejon followed closely behind the Japanese.

The spotlight was mainly on the leading duo as Fujii tried to defend her pole position, but the Ecuadorian waited patiently in close attendance for the right moment to pass.

It seemed as though Gonzalez might even lose the chance of a podium finish after she was gradually reeled in by Hayward – the world leading U20 race walker on the track with a 10,000m personal best of 45:57 set in February – before they rounded the penultimate turn.

After the leading two hit the nine-kilometre mark, Morejon, who boasts a PB of 45:16, overtook Fujii. Meanwhile, Hayward was given a third red card, which meant her hopes of a medal had virtually vanished. The Australian soon received a fourth red card and was disqualified, even before serving a one-minute time penalty in the pit lane area.

Fujii was caught by Gonzalez on the last turn and the Mexican went on to narrow the gap between her and Morejon, metre by metre.

The Ecuadorian looked surprised when she glanced back and saw Gonzalez was just metres behind. And there was nothing she could do to stop the Mexican from passing her.

Gonzalez strode past Morejon less than 200 metres before the finish and never looked back to break the tape with a nine-second improvement on her lifetime best.

Morejon lagged five seconds behind to take the silver medal while Fujii trimmed 13 second from her PB to finish third in 45:29.

Highly-favoured local race walker Ma Li, the runner-up from the last edition of this event in Rome and owner of the fastest PB in the entry list, dropped out of the leading pack after seven kilometres and finished sixth in 46:49. She still managed to earn a team gold for her country, though.

Ecuador finished second in the team standings, and the Turkish team earned bronze.

Source: Vincent Wu for the IAAF