The April 21st Meet, saw Taplin who was running his first race on home soil, give the local fans something to cheer about when he won the men’s 400m in 45.29 secs.

“I am glad to have gotten the win, Taplin said, but the time could have been better.”
“I wanted to give the crowd a 44-low, but it didn’t happened today, so I will keep on working hard,” he added.

Luguelin Santos of the Dominican Republic, was second in 45.66 and Nery Brenes third, in 45.73. 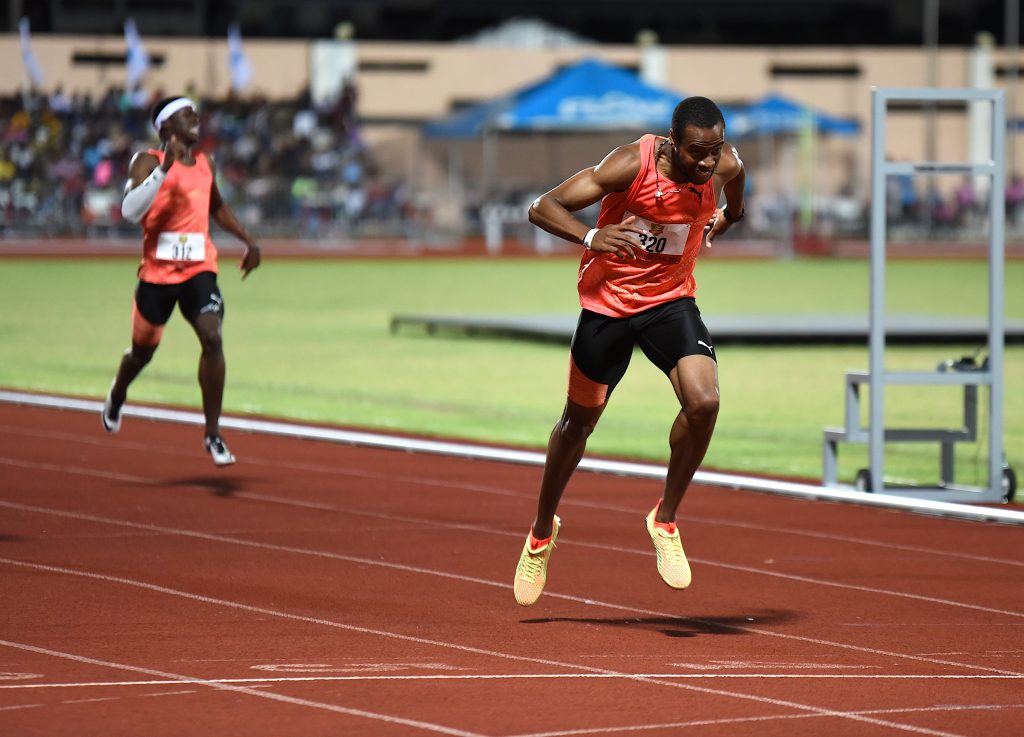 Andre Clarke, a finalist at the Commonwealth Games, ran a personal best 49.09 to win the Grenada Invitational

Haye-Smith of Trucks and Caicos was the winner of the one lap obstacle event in 56.38 secs. 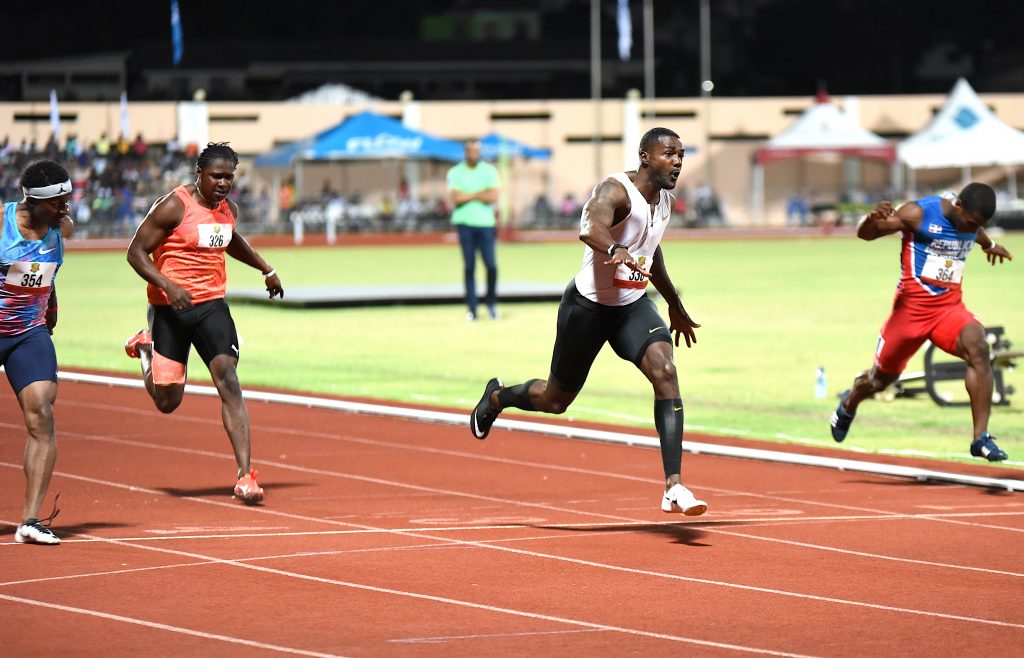 American Justin Gatlin opens his 2018 season with victory in Grenada

“It was good,” Gatlin said of the race. “I wasn’t able to run last year because of an injury, so I was determined to come back this year.” 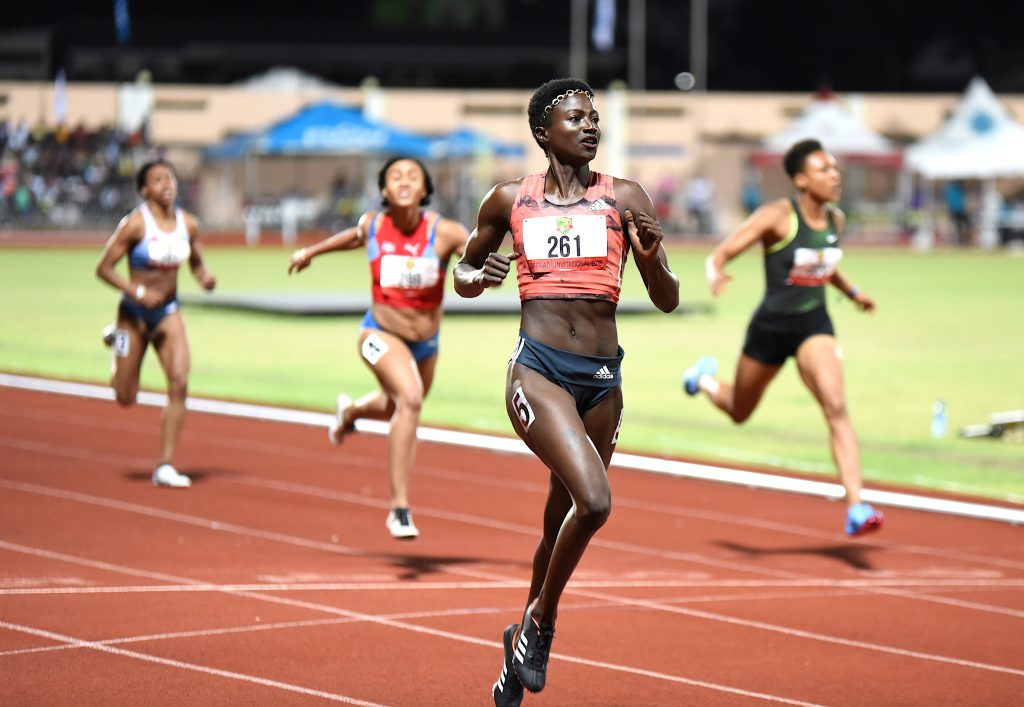 Mariely Sanchez of the Dominican Republic was the next best in 23.60.

“I don’t think the time will tell what kind of shape I’m in” she said, “but to get the win is always good. I think technically my race was much better than normal, so I am going to take it and roll with it.”

Kori Carter, another former world champion, who made it to Grenada, topped the 100m hurdles (which she stated is her event for the 2018 season) in 12.79 over Nigerian Commonwealth Games champion Tobi Amusan 12.92. 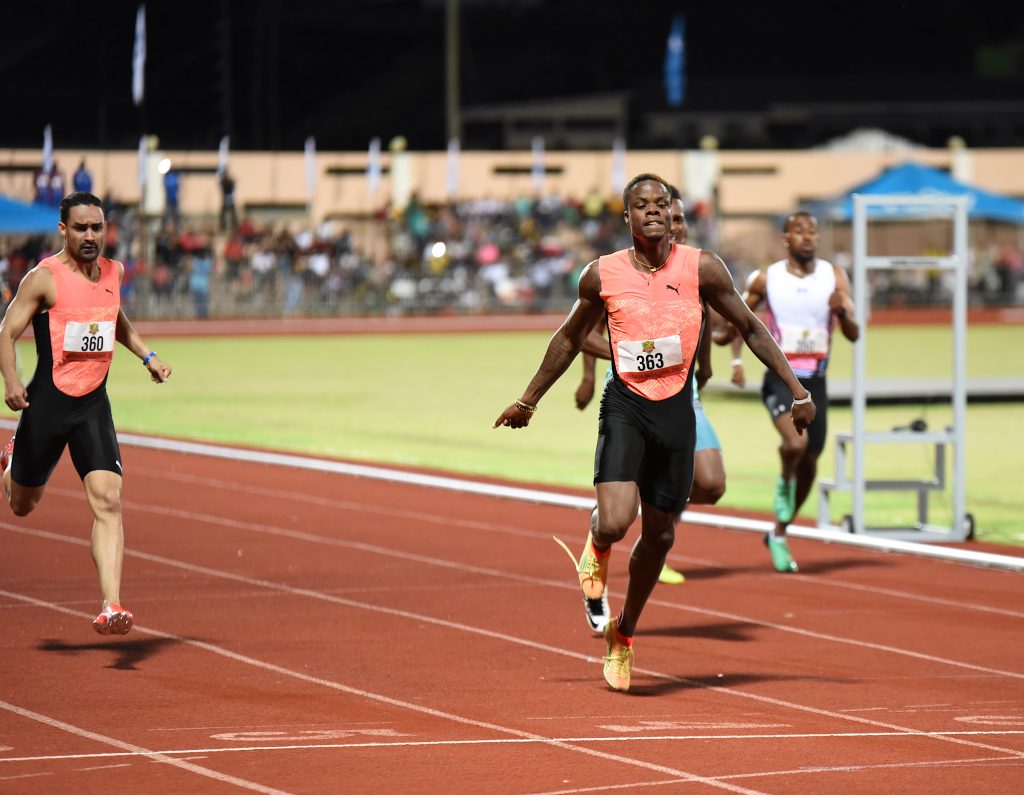 Meet organizer Michael Bascombe was very pleased with this year’s staging.
“I am very happy, despite some challenges” he said, “the Grenada Invitational was able to see an outpouring of support, not only by the locals, but also by the caliber of athletes who attended and participated.”