Twanisha Terry produced one of the fastest 100m performances in history by an U20 athlete with her 10.99 victory on the final day of the Mt SAC Relays on Saturday (21). 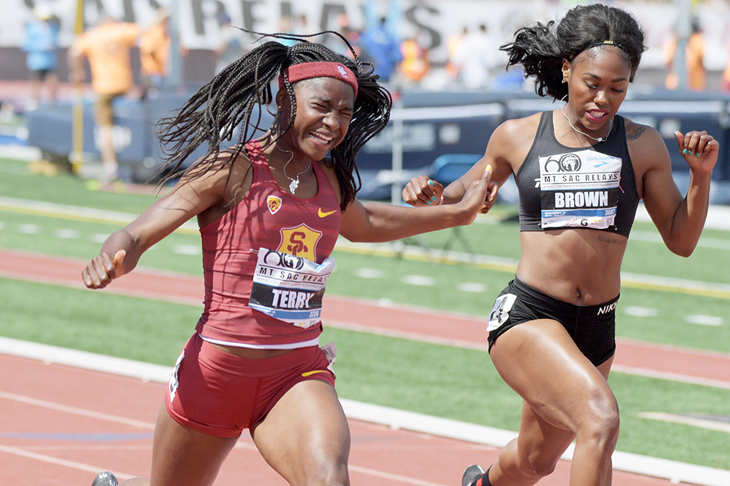 The 19-year-old, who is a student at the University of Southern California, had taken 0.17 off her lifetime best with her 11.20 run in Arizona two weeks ago. But she took an even bigger chunk off her best on Saturday to beat a quality field.

Terry’s collegiate teammate Michael Norman contested his first outdoor 400m of 2018 and his first 400m race since setting a world indoor record of 44.52 (pending ratification) for the distance at the NCAA Indoor Championships.

Olympic champion Brianna Rollins-McNeal won the 100m hurdles in 12.43 (1.5m/s), the fourth-fastest time of her career.

Jeff Demps was second in 10.08 and Britain’s IAAF Diamond League champion CJ Ujah was third in 10.08.