GOLD AT LAST FOR MORRIS
A third-time clearance in the pole vault is exciting under any normal circumstances, but when the bar is set at 4.95m and a successful attempt will likely result in a world title, the added pressure makes it truly special. 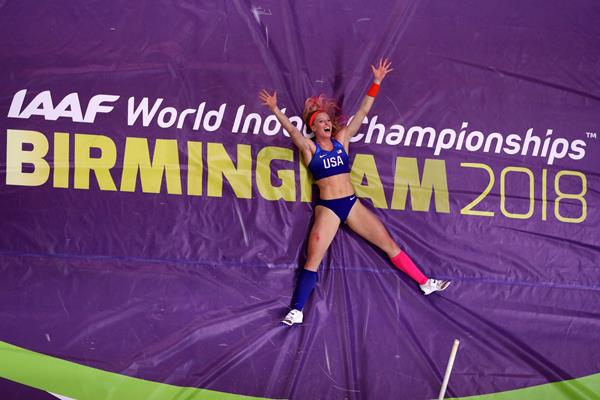 Sandi Morris was the athlete in question.

Katerina Stefanidi, searching for the one title missing from her collection, had exited the competition with two failures at 4.90m following one at 4.85m, having required two attempts to make 4.75m and three to get over 4.80m.

Instead it was Anzhelika Sidorova who mounted the most serious challenge to Morris and, indeed, her record up to 4.90m had been flawless. But the US vaulter made 4.90m at the second attempt whereas the authorised neutral athlete took thee vaults.

COLEMAN COPES WITH PRESSURE
With talk of a possible world record reverberating around the stadium, the pressure was on Christian Coleman. 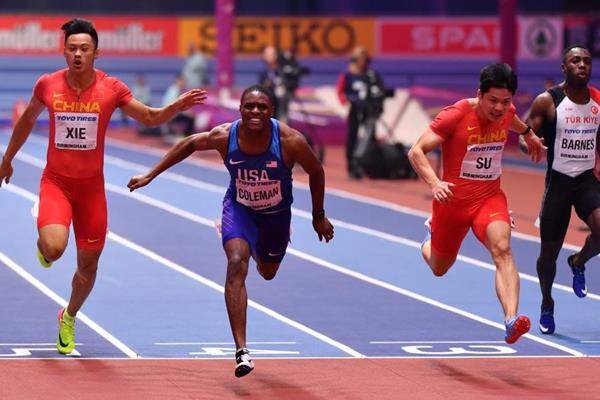 Just 6.37 seconds later and the 21-year-old’s championship temperament was proven and the Birmingham fans were in raptures.

The US indoor champion was drawn alongside the man most likely to challenge, China’s Su Bingtian, and the IAAF World Indoor Tour winner was out alongside Coleman for the first 30 metres.

But that was where the world record-holder began to pull away.

Su’s efforts were rewarded with an Asian indoor record of 6.42, with USA’s Ronnie Baker taking bronze in 6.44.

CHANGE OF LUCK FOR HARRISON
World 100m hurdles record-holder Kendra Harrison ended a long and frustrating wait for a first international title, producing a classy performance to win the 60m hurdles in a championship record and personal best of 7.70, tying the North American record. 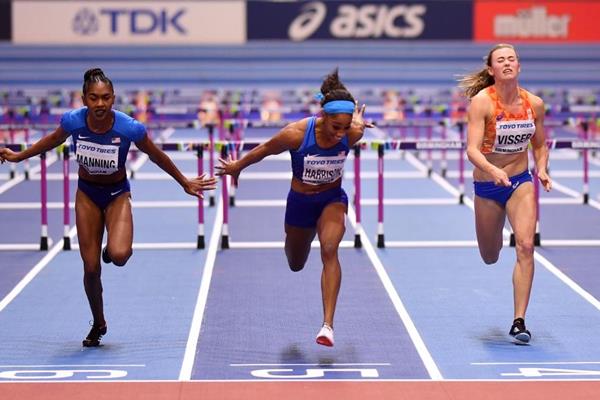 Two years ago in Portland the now 25-year-old had hit the first hurdle in the final, finishing eighth having started as favourite, but she erased those memories, getting off to a flying start and moving clear off hurdle three.

Harrison’s US teammate Christina Manning took silver in 7.79 and the Netherlands’ Nadine Visser denied the US trio a podium sweep, taking bronze in 7.84, narrowly missing breaking the national record she had set in the semi-final earlier in the session.

Evora, the 2008 Olympic champion and, at 33 the elder statesman of world triple jumping, had led with a first-round 17.14m and extended his advantage with a national record of 17.40m in the third, but Claye, the world indoor champion in 2012, responded with 17.43m in the fourth, which proved to be enough for the win.

Brazil’s Dos Santos, this season’s surprise package, then improved his own PB in the fifth to 17.41m to snatch the silver, by far the biggest achievement of his career so far.