SIR Arlington Butler, the first Speaker of the House of Assembly in an independent Bahamas, died Thursday night. 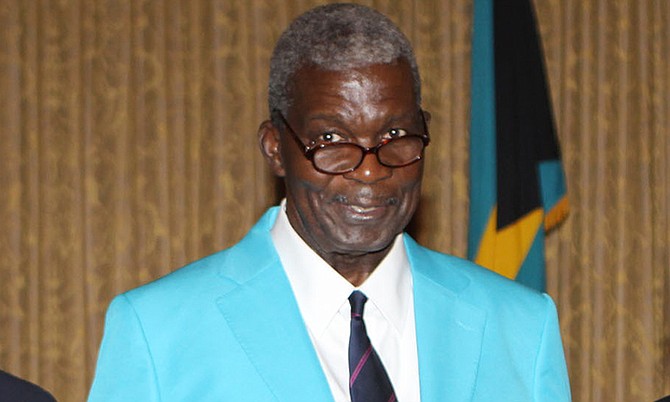 Sir Arlington was admitted to Princess Margaret Hospital a little over a week ago after battling a long illness. He was 79.

“Sir Arlington was an ardent proponent of and participant in this country’s progressive movement that ushered in Majority Rule, Independence and the modern Bahamas,” he said in a statement.

“We thank him for his national service. A gallant and courageous political warrior with the battle scars as proof, Sir Arlie as he was affectionately called by friend and foe alike, always stood for what was right, accepting the consequences of his stance with dignity and grace like any good soldier.

“In all his battles, trials and tribulation,” Mr Davis continued, “Sir Arlie never wavered in his commitment to advancing the common good.

“The PLP salutes his lifelong contribution to our country’s national development, particularly in the areas of education, diplomacy, youth and sports development. Sir Arlington’s long and distinguished service as the President of the Bahamas Olympic Committee has significantly impacted The Bahamas’ envied position on the international stage as a sports power. With his passing, an important era in sports development has come to an end. He will be sorely missed.”

Sir Arlington G. Butler was born on January, 2 1938 in Nassau, Bahamas. He was educated at the Bahamas Teachers College, the University of Nottingham, and the Longborough Training College.

He became a Law Clerk, qualified as a lawyer and was called to the Bahamas Bar in 1974.

His career as a statesman included posts as Government Minister of several ministries including Minister of Public Safety and Transport from 1992 to 1995 and Minister of Public Works in 1995 in the Free National Movement (FNM) under the administration of former Prime Minister Hubert Ingraham.

Sir Arlington was also Chairman of the Broadcasting Corporation of the Bahamas, the Gaming Board and the Hotel Licensing Authority.

He also served as The Bahamas Ambassador to the United States.

In 1996, he was knighted by Her Majesty the Queen as Commander of the Order of St Micheals at St George (KCMG).

Sir Arlington spent over 50 years in the service and administration of sports in the Bahamas. He served as President of the Bahamas Olympic Committee for almost 40 years.

He is survived by his wife, Hazel Butler; his children, Arvin, Arlington Gibao, Kristal Lafleur and Kara Butler-Wight, and other relatives.