The timetable of the athletics programme for the Buenos Aires 2018 Youth Olympic Games has been published and, as was originally announced at the IAAF Council Meeting in Beijing in 2015, innovatively includes a cross-country element. 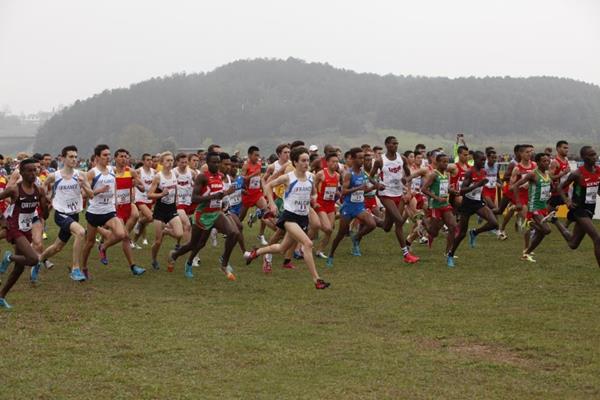 As has been the case since the inaugural Youth Olympic Games in 2010, there are two stages to each individual athletics discipline.

The placings of athletes in each individual event and in the cross-country race will be added to determine the overall final placings with the athlete having the lowest total score being the overall winner. The results of the cross-country race will be adjusted to reflect separate rankings for the 1500m, 3000m and 2000m steeplechase respectively with medals being allocated accordingly.

For example, an athlete placing second in the 3000m and fourth of the 3000m runners in the cross-country race will receive a final score of six points.

“Cross country is the endurance bedrock on which middle and long distance running is founded,” said IAAF President Sebastian Coe. “We need to help ensure that coaches understand cross country’s importance to an athlete’s development and background. It was a vital component to my success on the track. I’m therefore delighted at the innovative way that track and cross country have been combined at the 2018 Youth Olympic Games. Overall success at the 1500m, 3000m and 2000m steeplechase track events in Buenos Aires is directly linked to cross country performance.

“It is a personal view and a long held one but I would love to see cross country back in the Olympic Games,” added Coe.

The inclusion of cross country is the latest innovation at the Youth Olympic Games. The 2014 edition welcomed the introduction of a mixed 8x100m shuttle relay, comprising athletes from different countries and disciplines. The mixed 8x100m shuttle relay will once again feature on the programme for 2018 as an exhibition event on the seventh and final day of competition.