Steven Gardiner broke his own Bahamian national 400m record to highlight the inaugural Grenada Invitational in St. George’s on Saturday (8). 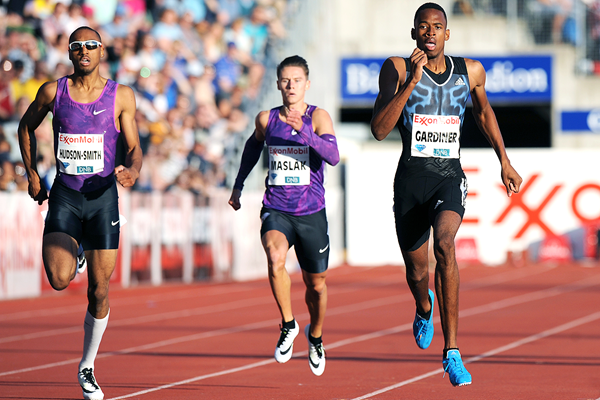 Dominating the B race, Gardiner, a 2016 4x400m relay Olympic bronze medallist, clocked 44.26 to shave 0.01 from the national record he set in Nassau last June. The 21-year-old’s impressive performance was one of the fastest ever produced in the month of April, and was also an early season world lead.

Gardiner’s run upstaged that of local hero Kirani James, the 2012 Olympic 400m champion, who headlined the evening-capping A final. James won that event handily in 45.44, finishing nearly a second clear of Briton Martyn Rooney who clocked 46.35.

Other races were much closer.

Mike Rodgers of the US won the 100m in 10.17, edging compatriot Isiah Young by just 0.02, while former world record holder Asafa Powell of Jamaica won the B final in 10.18.

Sharika Nelvis of the US kicked off the meeting with a solid 12.68 victory in the 100m hurdles, well clear of Queen Harrison who clocked 12.81.

In her second outing of the season, Olympic 400m hurdles bronze medallist Ashley Spencer cruised to a 54.78 victory in her specialty, another world-leading performance. In a fairly tight finish, Leah Nugent of Jamaica, who was sixth in the Rio final last summer, finished second in 54.88.

The best performance on the infield came in the men’s long jump, won by Jamaican Damar Forbes with a 7.92m leap.