There’s an old saying that goes “records are made to be broken.” If that’s the case, then there was something extra special about Lindon Victor’s performance at the Texas Relays this week.

With the current record holder and former Longhorn athlete Trey Hardee in the field, the senior from Grenada proceeded to put on a performance for the ages, breaking the collegiate outdoor decathlon record on Hardee’s home track in Austin at the Clyde Littlefield Texas Relays with an overall score of 8,472 points. Victor broke the record for only the third time in over 30 years. 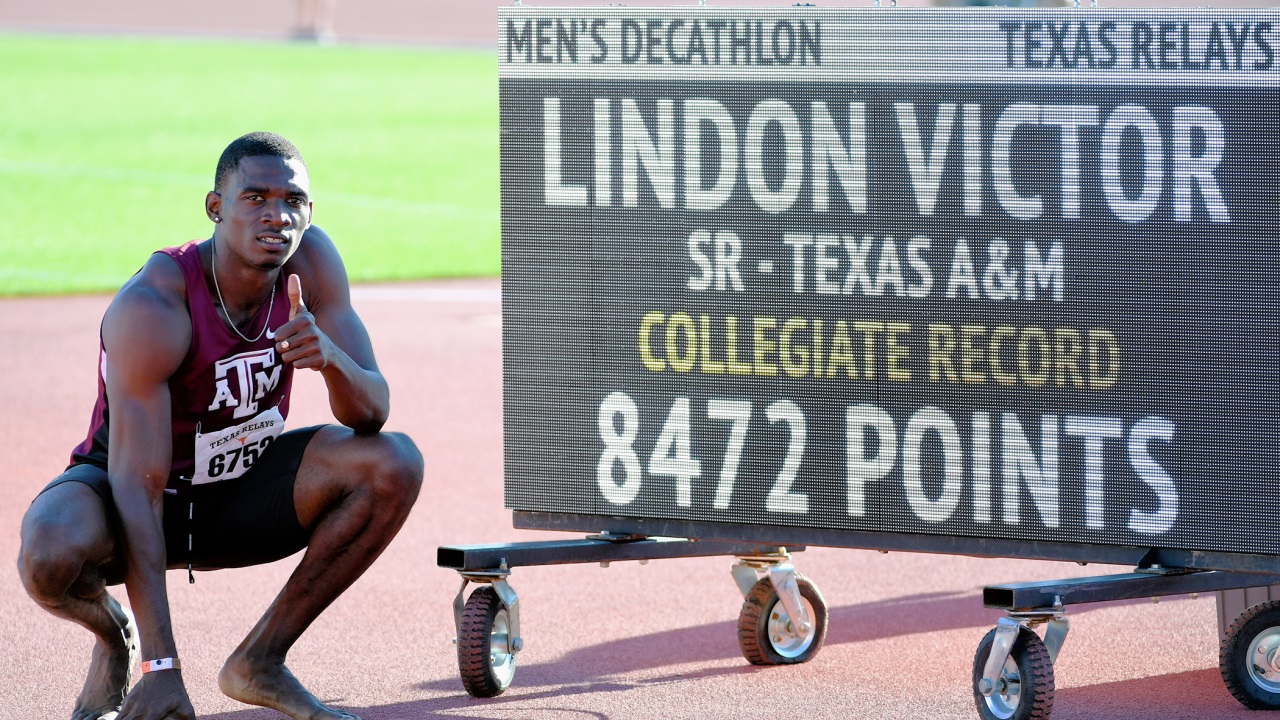 “If I’m to be honest, I didn’t like the score because I think I was on pace to do something really good,” said Victor after Thursday’s final event. “But it’s a multi, and I’m just learning for my first one and always trying to get better.”

Victor plays the part of the humble champion, but the fact is that he did, and consistently has done, something exceptional on the track over the course of his career. In addition to the record, Victor now holds three of the six highest decathlon scores in collegiate history.

Following a great start on Wednesday, there were a few points on Thursday where it seemed like Victor’s chances at history might be in jeopardy.

After a solid first event in the 110 hurdles, Victor fouled in his first two attempts in the discus. With the pressure on, Victor’s final throw went 53 meters, best in the field by almost 12 meters.

Next, after jumping 4.3 meters in the pole vault, Victor needed a solid javelin throw to avoid having to run a career best 1500 time to set the record. He got that with a throw of 66.69 meters. That set him up to need only a run of 4 minutes and 50 seconds in the 1500 to reach 8465 points.

Push himself he did. Victor broke 4:50 by the slimmest of margins, running the final event in 4:48.89 seconds to push him over the threshold and into the history books.

“I think I’m in better shape than I was last year, but I haven’t run a 1500 in a long time. I haven’t done a multi. So I was a little bit tired. That’s something I’m going to have to work on for the next one.”

Any athlete will tell you that there is always something to work on in their game. In Victor’s case, he set career bests this week in the 400, high jump, long jump, and shot put. The fact remains that this is only the very beginning of the outdoor season for him and the Aggies. With the remainder of the regular season as well as the SEC and National Championships remaining, Victor has a very good chance to tighten his grip on the record book moving forward.