Organisers of the Jamaica International Invitational have released the names of some of the world’s top athletes set to compete at the IAAF World Challenge meeting on 20 May. 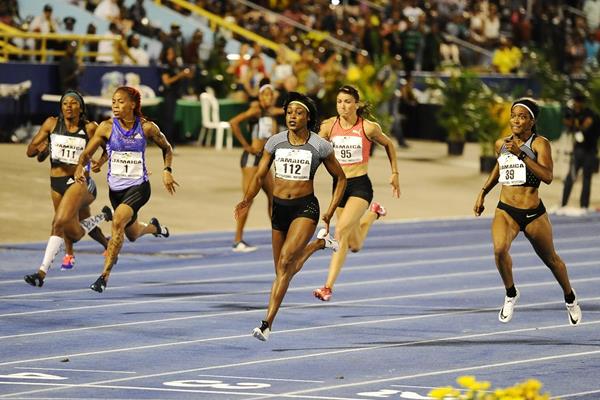 Jamaica’s double Olympic champion Elaine Thompson leads the charge. At last year’s meeting she clocked a wind-assisted 10.71 to win the 100m, which set the pace for the rest of her season. This year she will contest the 200m, the event at which she is also the world silver medallist.

World 100m hurdles record-holder Kendra Harrison will be making her first trip to Jamaica. Apart from the US Olympic Trials, Harrison won all of her 100m hurdles races last year en route to winning the Diamond Race in her event.

US compatriot and fellow sprint hurdler will also be making his first appearance in Jamaica. Allen won NCAA titles indoors and out in 2016 before winning the US 110m hurdles title in a PB of 13.03. He went on to finish fifth at the Rio 2016 Olympic Games.

World and Olympic bronze medallist Shericka Jackson takes on fellow Jamaican Stephenie Ann McPherson in the 400m, Olympic finalist Christania Williams will contest the 100m, and Javon Francis will lead the Jamaican charge in the 400m.

Source: Organisers for the IAAF