WA – Muhammad and Kipchoge named World Athletes of the Year 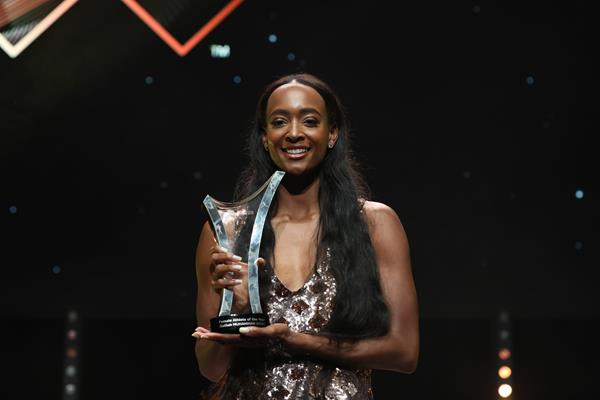 Eliud Kipchoge and Dalilah Muhammad have been named the male and female World Athletes of the Year at the World Athletics Awards 2019, held at the Grimaldi Forum in Monaco on Saturday (23).

Kipchoge, the winner of the award last year, added to his phenomenal marathon CV in 2019. In April he captured his fourth victory at the London Marathon with a 2:02:37 course record, the third fastest performance of all time. The 35-year-old Kenyan followed up in October by blasting through the distance’s two-hour barrier with a 1:59:40.2 performance at the Ineos159 Challenge in Vienna.

Muhammad, 29, broke the world record in the 400m hurdles twice this year, first with a 52.20 performance at the US Championships in July to eclipse a mark which had stood since 2003. Muhammad broke it again at the World Athletics Championships Doha 2019, clocking 52.16 in one of the championships’ most eagerly-awaited finals to claim the world title for the first time. Muhammad also won world gold in the 4x400m relay and won five of her seven races.