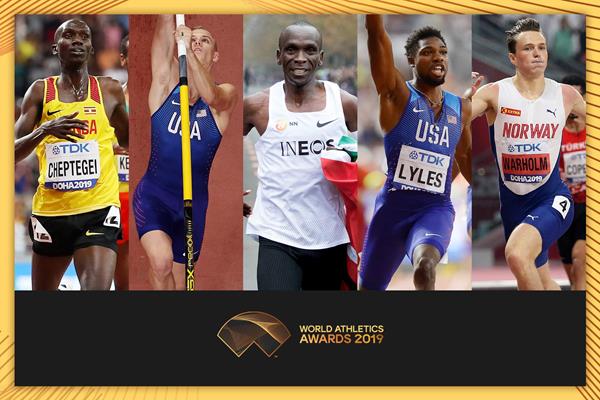 With just 12 days to go until the World Athletics Awards 2019, the names of the five finalists for the Male World Athlete of the Year 2019 have been confirmed.

The five athletes, who represent four countries from three Area associations, have illustrated excellence across nearly all athletics disciplines in 2019.

The finalists are (in alphabetical order):

Karsten Warholm (NOR)
– won the world 400m hurdles title
– undefeated indoors and outdoors at all distances, including at the Diamond League final and the European Indoor Championships
– clocked world-leading 46.92, the second-fastest time in history

Voting procedure for 2019 World Athletes of the Year
A three-way voting process determined the finalists.

Voting for the Male World Athlete of the Year closed on 4 November.

The male and female World Athletes of the Year will be announced live on stage at the World Athletics Awards 2019 in Monaco on Saturday 23 November.