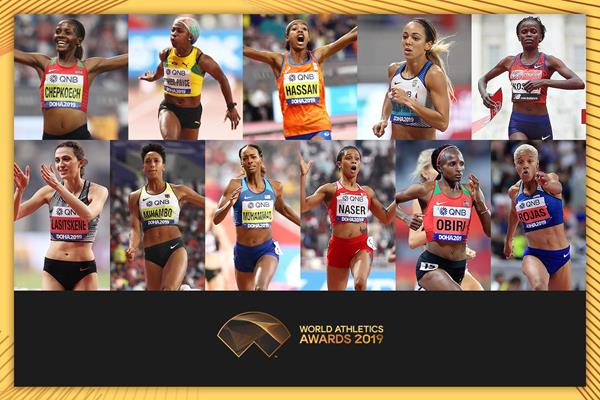 The IAAF is pleased to confirm a list of 11 nominees for Female World Athlete of the Year who were selected by an international panel of athletics experts, comprising representatives from all six continental areas of the IAAF. The nominations of 11 athletes reflects the remarkable range of exceptional performances that the sport has witnessed this year, at the IAAF World Athletics Championships in Doha, and in the Diamond League and in road and cross country events. The IAAF’s Competition Performance Ranking show that the World Championships in Doha was the highest quality competition in the history of the event.

The NACAC nominees for 2019 Female World Athlete of the Year are:

Dalilah Muhammad (USA)
– broke world record with 52.20 at the US Championships
– improved her own world record to win the world 400m hurdles title in 52.16
– won world 4x400m title

Voting for the Female World Athlete of the Year closes on 5 November. At the conclusion of the voting process, five men and five women finalists will be announced by the IAAF.