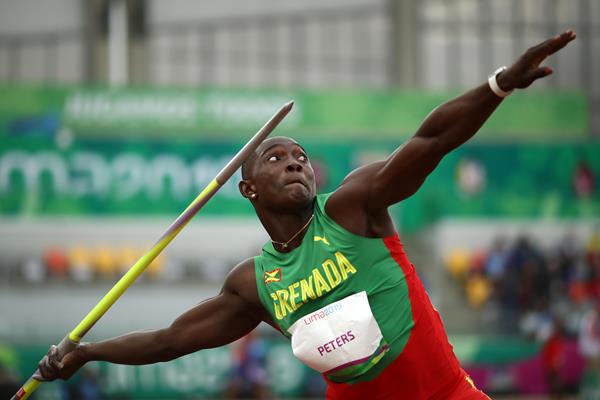 Grenada’s Anderson Peters broke the Pan-American Games record in the javelin throw on Saturday (10), throwing 87.31m to highlight the final day of track and field action at the Estadio de la Videna in Lima.

The 21-year-old, world ranked No.10, bronze medallist at the 2016 World U20 Championships and twice NCAA champion, started the competition in superb form, unleashing the best throw of his life. He followed with 81.78m, 78.92m, 85.90m, 81.21m and a long foul after stepping on the line. Peters’ previous best was 86.62m when winning the NCAA title of 5 June in Austin representing Mississippi State University. This was the third time Peters improved his own national record this season.

Peters’ gold was the first-ever by his country at the Games, while his performance moved him to the fifth on the 2019 world lists. Trinidad and Tobago’s Keshorn Walcott, the 2012 Olympic gold medallist, defending champion and world ranked No.14, was second with 83.55m. Saint Lucia’s Albert Reynolds completed the all-Caribbean podium with a national record of 82.19m.