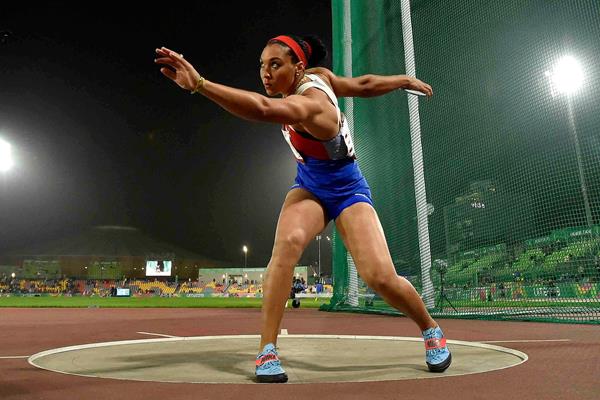 After the marathon and 20km race walk events, held in previous dates, athletics took centre stage at the 18th edition of the Pan-American Games with the beginning of the track and field programme on Tuesday (6).

Five finals took place at the Estadio de la Videna, and on a cool evening in Lima Cuba’s Yaime Pérez produced the best performance by taking victory in the discus with a Games record of 66.58m.

The 28 year-old Cuban, world ranked No.1 and world leader with 69.39m, was in command after round one with 63.88m. Brazil’s Andressa de Morais, world ranked No.4, delivered a South American record of 65.98m in round two and seemed to be heading to the gold medal, but Pérez rescued herself in the final round to capture the victory with 66.58m.

The Cuban from Santiago, who gained the silver medal in Toronto four years ago, captured her first Pan-American gold. Cuban athletes have been dominant at this event, with 11 triumphs in the past 13 games.

Dacres’ winning mark erased one of the oldest Games records (67.32m by Cuba’s Luis Mariano Delís from 1983), leaving his compatriot Traves Smikle in second place with 65.02m and USA’s Reginald Jagers in third with 64.48m.