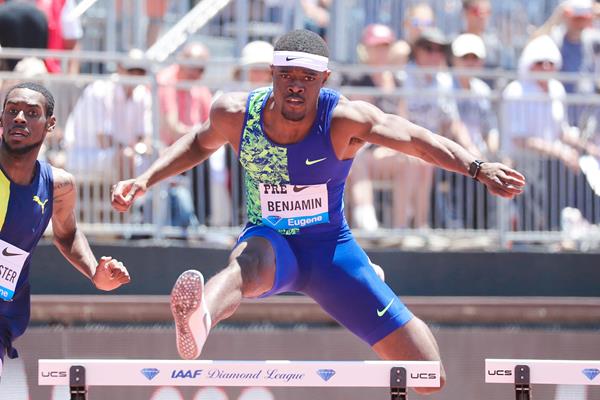 Perhaps the most impressive mark of the day on the men’s side belonged to USA’s Rai Benjamin, whose 47.16 in the men’s 400m hurdles set the tone for the Pre Classic, as it was the initial running event on the programme.

Starting in lane five, with the British Virgin Islands’ Kyron McMaster on his right and Turkey’s Yasmani Copello in lane four, Benjamin could dictate his own race. McMaster tried sticking with Benjamin for the first half, but Benjamin moved up a gear on the final bend and pulled ahead.

He crossed the line in 47.16, the fastest time in the world this year and his second-best performance to date following his 47.02 PB from last year. McMaster finished a distant second in a season’s best of 48.94. 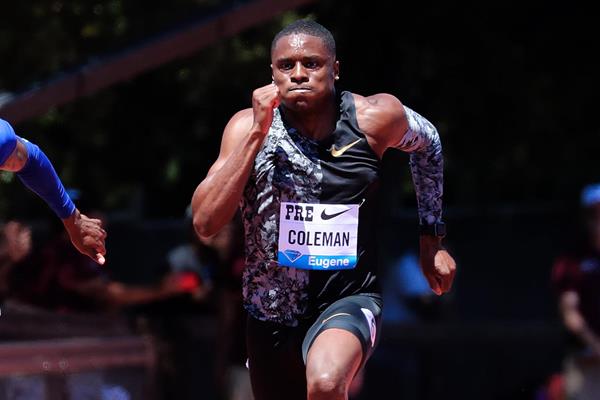 USA’s Christian Coleman pulled away from world champion Justin Gatlin for a convincing win in the men’s 100m in a world-leading 9.81 to Gatlin’s 9.87. After being run down by Canada’s Andre De Grasse in the Ostrava last week over 200m, the world indoor 60m record-holder showed no signs of fatigue as he established himself as the favourite for the IAAF World Athletics Championships Doha 2019. Great Britain’s Zharnel Hughes finished third in 9.97.

“It’s always good to run on home soil,” said Coleman. “I just compete and try to come out with a win, but, obviously, guys are steadily getting better and better and always running faster. It’s going to take some pretty good training to get a gold medal at the end of the year.”

SOURCE: Brian Russell for the IAAF