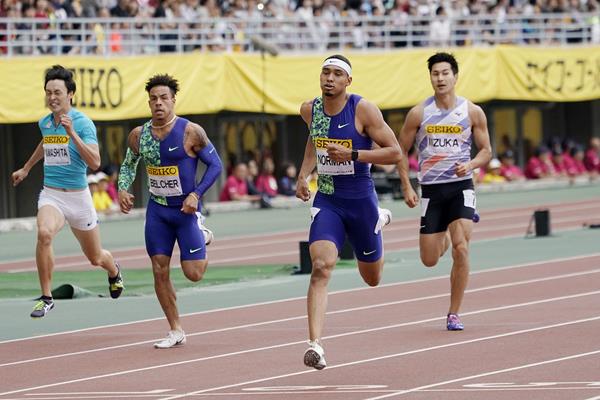 Michael Norman’s 19.84 clocking in the 200m at the Golden Grand Prix Osaka was one of three meeting records set at the IAAF World Challenge competition on Sunday (19).

The rising US sprinter, who last month opened his 2019 campaign with a 400m PB of 43.45, dominated the half-lap race at Osaka’s Nagai Stadium. He already had a considerable lead before entering the home straight and he continued to pull away from the rest of the field in the second half.

“I’m pretty happy with the performance, time-wise,” he said. “I feel as though there are multiple areas that I can improve on so I’ll go home and work on those ahead of my next race. I just didn’t feel as though the intensity that I usually have during a 200m was there.”