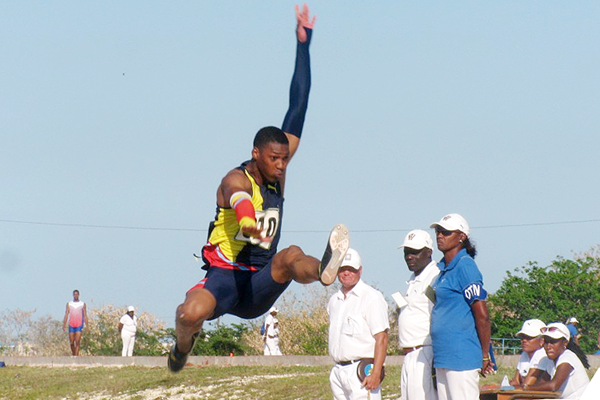 Juan Miguel Echevarria (long jump world rank: 2) quite literally got his outdoor campaign off to a flying start when leaping to a wind-assisted 8.92m to win the long jump at the Copa Cuba meeting in Havana on Sunday (10).

The world indoor champion from Cuba was helped by a 3.3m/s following wind – beyond the allowable 2.0m/s limit for record purposes – to produce the farthest jump under any conditions for almost 24 years.

The 20-year-old Echevarria, who last month was crowned winner of the IAAF World Indoor Tour title, only took one jump before withdrawing from the competition as a precaution after experiencing some slight discomfort in his foot.

Having shown much promise at the U18 and U20 level, Echevarria made a major breakthrough in 2018, his first season as a senior, by winning the world indoor title and then leaping a wind-assisted 8.83m at the IAAF Diamond League meeting in Stockholm.

Injury forced him to curtail his 2018 outdoor season, but Echevarria – one of the IAAF’s Gen 10 athletes – returned to action earlier this year, winning at the IAAF World Indoor Tour meetings in Torun and Birmingham.

Echevarria’s leap was one of several wind-assisted marks at the Copa Cuba.

Nineteen-year-old Adriana Rodriguez, the 2016 world U20 silver medallist, won the heptathlon with 6293. Her series was boosted by a wind-assisted 7.02m (4.0m/s) in the long jump.

The highlight of the track events came in the men’s 100m. Two weeks after equalling the Cuban record of 9.98, Roberto Skyers was once again up against domestic rival Reynier Mena.

By Jon Mulkeen for the IAAF with assistance from Lilian Cid (DeporCuba.com) and Alfredo Sánchez Barrios