A sprinter from the United States capital will try to extend a US streak of U20 gold medals in the 200m following a long drought. 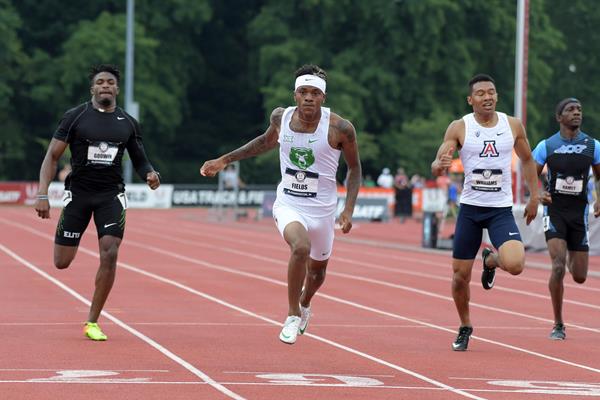 Eric Harrison won his specialty in 20.44 on Sunday (17) as the USA Junior Championships came to a close at Bloomington, Indiana.

Harrison will have triple duty in next month’s IAAF World U20 Championships Tampere 2018, having also qualified in the 100m and 4x100m relay. But he said his goal is to win the 200.

Trentavis Friday and Michael Norman won the past two 200s after nine straight editions of the junior championships in which no US athlete made it to the top of the podium.

“Making track and field my No. 1 priority,” Harrison said. “That’s the only way to make your goal in this sport.”

Khance Meyers claimed the other spot on Team USA in 20.62. Top two in each event are eligible for selection. In Friday’s 100m, Anthony Schwartz defeated Harrison, 10.23 to 10.26.

Howard Fields won the 400m in 45.50, fastest by a US U20 athlete this year and fifth globally behind four Jamaicans. Fields represents Baylor University, the school that produced Michael Johnson and Jeremy Wariner. Umajesty Williams was second in 45.96.

Rachel Baxter won the pole vault at 4.42m, climbing to No. 4 on the year’s U20 list. She missed twice at what would have been a US U20 record of 4.50m, then passed her final attempt.

Nate Patterson, ranked No. 2 among U20s after jumping 2.23m on this track 15 days ago, could manage only 2.10m and failed to make the world team.