Sydney McLaughlin’s recent 53.60 run in the 400m hurdles lasted just two weeks as a world U20 record* as she obliterated the mark with a sensational 52.75 to win on the final day of the three-day Southeastern Conference (SEC) Championships in Knoxville on Sunday (13). 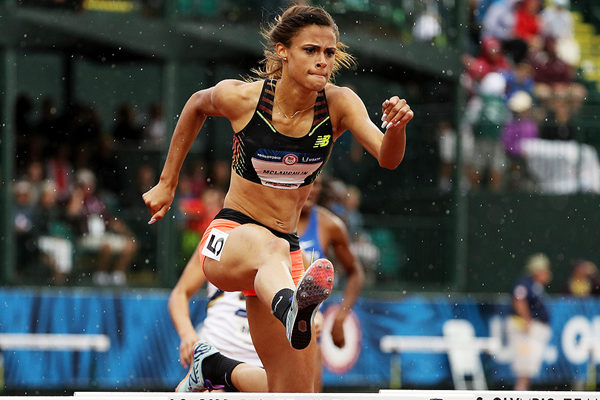 As has been the case in all of her competitive appearances this year, the 2015 world U18 champion looked composed and in control every step of the way. It what was essentially a solo run, she finished more than three seconds ahead of her nearest competitor to stop the clock in a world-leading 52.75.

Not only did it break the collegiate record set in 2013 by world champion and training partner Kori Carter, it moves the 18-year-old to equal ninth on the world all-time list, just 0.41 shy of the world record.

“This is the time we were looking for 52-something,” said McLaughlin, who is coached by Edrick Floreal. “I’m just really glad I was able to come out and get it.

“I still have a lot of learning to do in the race, but I think so far this season, we’ve been able to progress.”

McLaughlin was back on track moments later for the 4x400m, where she helped the University of Kentucky to win in 3:25.99.

McLaughlin’s training partner Jasmine Camacho-Quinn, who also ran a leg in the 4x400m, had earlier won the 100m hurdles in a world-leading 12.40 to break her own Puerto Rican record and move to 15th on the world all-time list.

Jamaica’s world finalist Nathon Allen, representing Auburn, won the men’s 400m in a season’s best of 44.28, while Tennessee’s Nathan Strother bettered 45 seconds for the first time in his career with a big PB of 44.34 to take second place.

VIDEO OF THE RECORD

*Subject to the usual ratification procedures