Not only did the strong U.S. women’s team race to a third place team finish, but every American who started the race made it to the finish – a first in the 4 year history of the Trail World Championships. U.S. men’s team scored two top 10 finishes lead by Mario Mendoza and Zach Miller.

Team USATF was awake early on Saturday to fuel-up and gear-up for the 6 AM start on the track at Universitat Jaume in the seaside city of Castellón, Spain. Team members Dani Filipek, Clare Gallagher, Kaytlyn Gerbin, Amy Leedham, Sabrina Little, Sarah Pizzo, Olin Berger, Mario Mendoza, Zach Miller, Zach Ornelas and Chris Raulli were a little nervous but quietly confident as they piled into vans for the 15 minute drive under a pitch black sky. Upon arriving at the otherwise deserted Universitat, a stream of cars, vans and buses drove towards a brightly lit track & field stadium at the edge of campus. The stadium was buzzing with excitement as over 350 athletes from 50 countries packed into the start area surrounded but many hundreds more spectators and supporters. 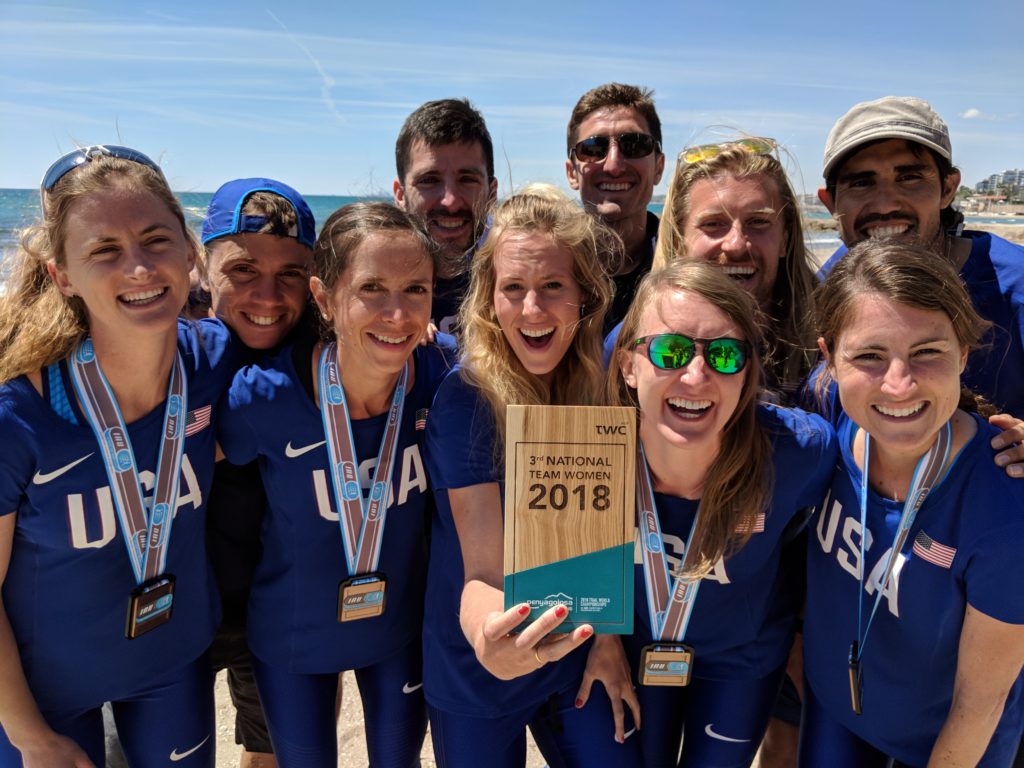 “I felt a lot of pressure racing for Team USATF which is a huge honor and it made me race smarter.” said first time team member Sarah Pizzo from Lakewood, Colorado. She and the other 10 team members had their gear checked before entering the wide open infield of the track to warm-up, take last minute photos and take encouragement from friends & family in attendance.

With rock music blaring, athletes waited anxiously, packed in behind the start line as the final minutes and then seconds counted down to zero. With a bang, cowbells and horns, the runners were off, sprinting around the track as if the race was considerably shorter than the 86.4 kilometers of hard trail that lay ahead. Game on.

Over a dozen friends, family and supporters left the track in a convoy of cars & a van connected only by a group SMS and loose plan to watch and the support the runners now making their way out of Castellón to the trails on the edge of town.

While supporters & staff could cheer on the U.S. athletes from anywhere along the course, only two team staff members at a time could crew runners at the three designated aid stations at 31, 40 and 62 kilometers along the route. Due to limited parking at aid stations, Team Manager Richard Bolt & Assistant Team Manager Anita Ortiz drove straight to aid station 1 from the start to get set up in a very small town square on the hilltop village of Useres (31 km).