A gold medal for the home fans to cheer, a long jump competition for the ages, a scintillating sprint and a world leading performance in the shot put were among the many highlights from Friday’s evening session at Arena Birmingham.

ECHEVARRIA STRIKES GOLD FOR CUBA
A long jump competition that was slow to ignite turned into an all-time classic in which Cuba’s Juan Miguel Echevarria became the youngest man ever to win a world indoor title in a field event, with a world-leading leap of 8.46m. 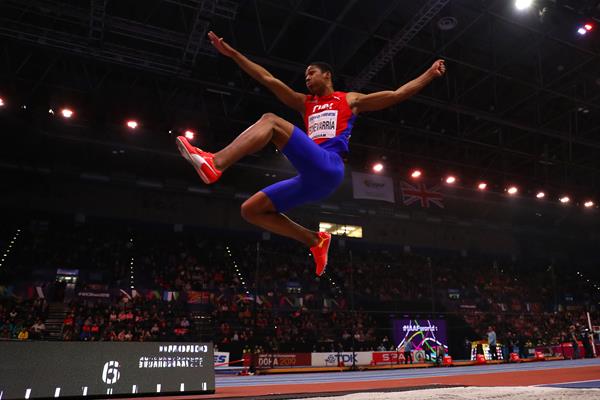 The 19-year-old was the only athlete to produce any sort of consistency in the first two rounds and led with a second round effort 8.28m, but it was outdoor world champion Luvo Manyonga’s first valid jump, a third round 8.33m, that sparked the competition into life.

What followed was long jumping of the highest quality, as Marquis Dendy, Manyonga and Echevarria traded jumps in excess of 8.40m to thrill the Birmingham crowd.