NEW YORK — The greatest Olympian of the 20th Century, Carl Lewis, will be honored by USA Track & Field with the Legend Award as part of USATF Black Tie & Sneakers Gala on Thursday, November 2 at The Armory Track & Field Center in New York City. 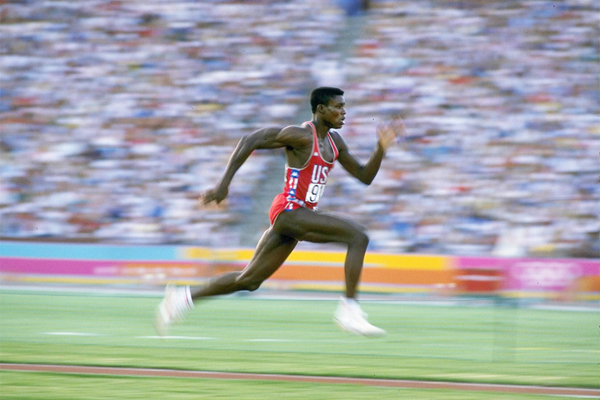 “More than 20 years after his retirement, Carl Lewis still stands as one of the greatest legends in all of sport,” USATF CEO Max Siegel said. “His athletic accomplishments made history, and his advocacy for the professionalism of track & field made him a cultural trailblazer.”

Now in its third year, USATF Black Tie & Sneakers Gala is a red-carpet event held at the Armory Track & Field Center in New York City’s Washington Heights neighborhood. The Gala includes the induction of the National Track & Field Hall of Fame Class of 2017, along with current USATF stars, legendary athletes, business executives and celebrities from sports and entertainment on hand for an opening reception, dinner and after party. Guests walk the red carpet in black tie attire and sneakers, giving the night a USATF twist on athletic elegance and excellence. View photos from 2016 here.

The National Track & Field Hall of Fame Class of 2017 will be announced early fall.

20th Century G.O.A.T.
Lewis’ achievements are unprecedented in track and field: He is one of two athletes to win nine Olympic gold medals, the other being Finland’s Paavo Nurmi. Similarly, he is one of two to win four golds in the same event, tying with Al Oerter. He also won 10 medals, including eight golds, at World Outdoor Championships throughout his athletic career.

Lewis’ career on the track will forever be defined by his four gold medal performance at the 1984 Olympic Games in Los Angeles, matching Jesse Owens’ 1936 feat with victories in the 100m, 200m, long jump and 4x100m relay.

In 1996, his final Olympic Games, Lewis had a dramatic farewell, winning his fourth-consecutive gold medal in the long jump.

Coach Carl
After retiring from competition, Lewis established The Carl Lewis Foundation, which serves as an umbrella for the many charities that Lewis supports, including the “Best Buddies” organization, The Wendy Marx Foundation (for organ donor awareness) and many youth fitness group. He has served as an ambassador for Hershey’s Track & Field Games as well as RunJumpThrow, a youth activity program established by USATF and The Hershey Company.

He currently serves as a full-time assistant track & field coach at his alma mater, the University of Houston, as part of a program helmed by his former teammate and training partner, Leroy Burrell. Lewis helped lead the Cougars to the 2017 NCAA title in the 4x100m relay and a runner-up relay finish in 2016.

In May, he launched a professional track club that will be composed primarily of former University of Houston athletes.