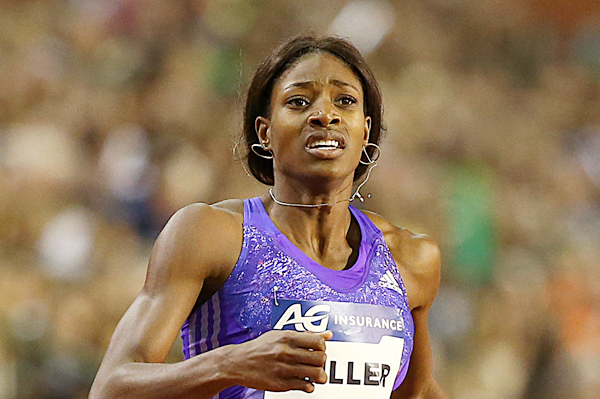 The tall power sprinter, running from the outside lane, came off the curve in fourth, behind the big three, but found that extra gear needed to race across the line, some five metres ahead of her opponents in 21.88secs.

Bahamian Steven Gardiner, the World Championships silver medallist, failed to finish the men’s 400m, falling to the track just after leaving the blocks. The event was won by Isaac Makwala of Botswana in 43.95secs.

British Virgin Islands’ Kyron McMaster topped the men’s 400m hurdles in 48.07 ahead of world champion, Karsten Warholm of Norway in 48.22

Donald Thomas of Bahamas was only able to clear 2.20m in the men’s high jump, won by world champion Mutaz Essa Marshim of Qatar, 2.36m.

Kimberly Williams of Jamaica with 4.41m was fourth in the women’s triple jump, which saw victory going to Olga Rypakova of Kazakhstan 14.55m. Thompson anchored a Jamaican team to a 41.85 top podium victory in the women’s 4x100m.