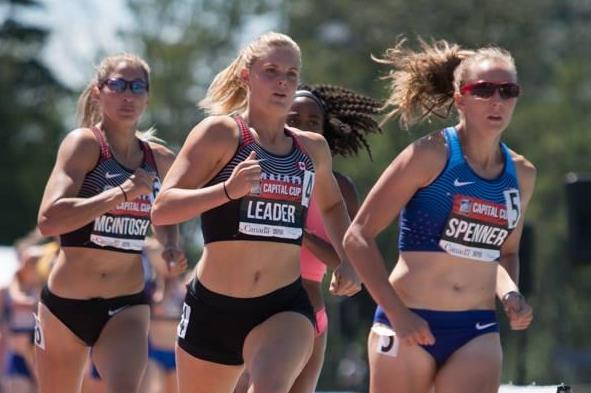 It was special for 23-year-old Oudenaarden as she joined the 6000-point club with exactly that score to hold off a strong challenge from USA’s Day 1 leader Sami Spenner, second 14 points behind. Fellow Canadian Rachael McIntosh came back from two years plagued with injuries to finish third with 5783, six points shy of her personal best.

Oudenaarden began the second day by dominating the long jump with the only leap over six metres (6.04) in the competition. Spenner kept a narrow lead thanks to her 5.90m effort. Although the 26-year American improved her javelin best by a metre (42.71m), it was not enough to hold off her closest rival, who threw the implement to 45.54m, her best in two years, to move in front with 71 points separating the athletes with one event remaining.

With a personal best seven seconds faster that the young Canadian, Spenner set a fast pace over the two-lap race and eventually won it in 2:11.42, but pushed Oudenaarden to a lifetime best of 2:15.41 to push her to the 6000-point threshold and win the competition.

“It’s been a thrill competing here in Ottawa over the past two days, with Sami ending her career and seeing my training partner Rachael (McIntosh) comeback so well,” said the University of Calgary student, who is now eying the World University Games in Taiwan in September. “Since 2013, I had three surgeries, but I am fine now and this is special scoring 6000 points on Canada’s 150th birthday year.”

Spenner ended her career on a high note by claiming her first international medal. “Track and field has given me so much and I definitely want to stay involved in the sport,” she said.

Oudenaarden and McIntosh train with two-time World and 2016 Olympic bronze medallist Damien Warner under the coaching guidance of Les Gramantik.

LEPAGE TAKES 64-POINT WIN OVER STEWART
In the men’s decathlon, day one leader Pierce Lepage held off a strong challenge from his fellow Canadian Taylor Stewart with only 64 points separating both men after two intense days of competition. 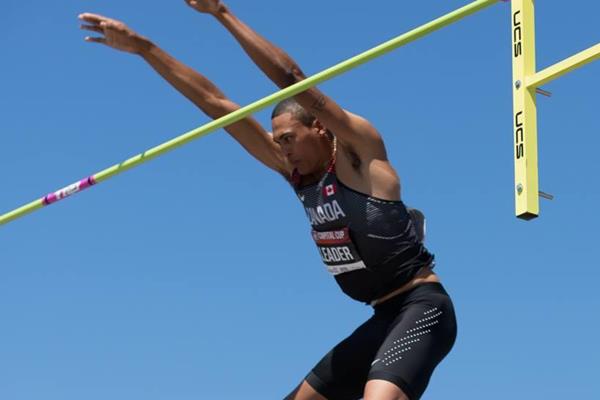 Early on the second day, Lepage saw his lead reduced to 34 points with two events remaining after Stewart ran a personal best in the 110m hurdles (14.28) and threw the discus to 46.33m, over four metres better than his previous best.

Things improved for Lepage in the pole vault after he cleared 4.85m, 20cm higher than his closest rival. With both men running personal bests in 1500m –4:48.45 for Stewart, 4:48.85 for Lepage– the 21-year old Lepage totaled 7948 points, his third best tally ever, to secure the first victory for a Canadian decathlete in the history of this event.

“It was a lot of fun. We had very good competitors and I am so proud of competing in Canada. Taylor was a great competitor. If he didn’t do as good as he did, I don’t think I would have scored that high,” he said.

“The event in Ottawa in 2016 taught me to be strong mentally. In the past, it allowed a bad event to get to me, but I must move forward and ended up breaking my pole vault curse from last year,” referring to his no-height at the event.

Stewart, the 2010 World U20 Championships long jump bronze medallist, improved his personal best by almost 600 points to 7882. The 26-year old completed his first decathlon at this event in Ottawa 12 months ago.

Third after day 1, USA’s Robert Robinson stayed in that position throughout all five events on the second day to round out the podium in third with 7650.

The Pan American Cup drew more than 70 athletes from 11 countries. The event, hosted by the Ottawa Lions over the past five years, also serves as the Canadian U20, U18 and senior championships for both the heptathlon and decathlon. It will then by followed by the Canadian Track and Field Championships July 6-9, the selection trials for the IAAF World Championships London 2017.

by Javier Clavelo Robinson for the IAAF