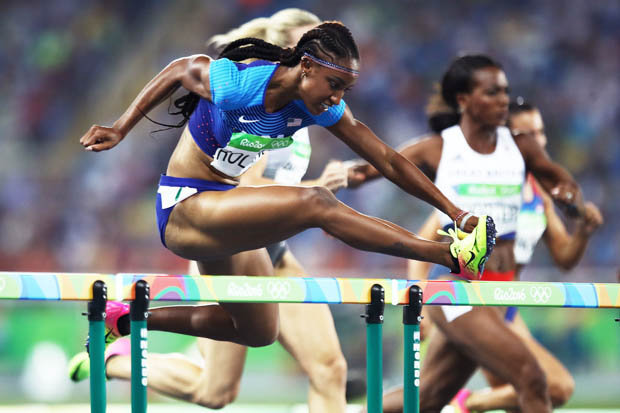 Olympic 100m hurdles champion Brianna Rollins of the United States and Trinidad & Tobago track star Michelle-Lee Ahye are the latest to add their names to the growing list of competitors for the Grenada Invitational (GI 2017) scheduled for April 8 at the National Athletic Stadium.

Ahye, the 2016 Trinidad & Tobago Sportswoman of the Year, copped the sprint double at the National Association of Athletics Administrations (NAAA) Open Championships in June, winning the 100m in 11.00 seconds and a new T&T record of 22.33 in the 200m to qualify for the Rio Olympic Games. She was a finalist in the sprints, finishing fifth in the 100m and sixth in the 200m.

Rollins and Ahye are the latest athletes confirmed to participate in the Grenada Invitational, an Area Permit Meet (APM), which is sanctioned by the North American Central American and Caribbean Athletics Association (NACAC).

“We continue to see excitement among athletes, their agents and coaches and their support for the Grenada Invitational,” said Michael Bascombe, one of the organisers of the event.

“Chris Brown is giving his heart and soul to this cause and the Local Organising Committee can’t find words to express our appreciation for what he has done thus far.”

Brown, a decorated Bahamian Olympian, is working with the GI 2017 to invite world-class competitors to compete in the one-day track and field meet.

“Apart from bringing great athletes to Grenada we have to deliver on a quality event,” said LOC Chair Dexter Mitchell.