Athletes from Jamaica and the United States have dominated the 2016 NACAC Athletes of the Year.

Olympic triple gold medallist Usain Bolt and compatriot Elaine Thompson, who secured two gold medals and a silver at the Rio Games, were chosen as the Male and Female Athletes of the Year.

Americans Noah Lyles and Sydney McLaughlin clinched the Junior Athletes of the Year.

Lyles won gold medals in the 100 metres and 4x100m at the IAAF World Under-20 Championships in Bydgoszcz, Poland while McLaughlin, who set a new world youth best and world junior record of 54.15, in finishing third at the U.S Olympic Trials and qualifying for the Olympic Games in Rio de Janeiro, Brazil this summer.

The finalists were chosen from a shortlist of nominees submitted by sports journalists spanning English and Spanish-speaking Caribbean during the month of October.

David represented Guadeloupe, an associate member of NACAC where their athletes compete in NACAC Championships including the CARIFTA Games in St. George’s, Grenada.

“It has been a very good year for the sport in the area and on behalf of the NACAC Council I congratulate the winners of the categories,” said Victor Lopez, NACAC President.

“We look forward to another exciting year with our athletes and fans.”
The nomination and selection panels included journalists, former athletes and a statistician. It was coordinated by the Media Commission of NACAC.

2016 NACAC Athletes of the Year 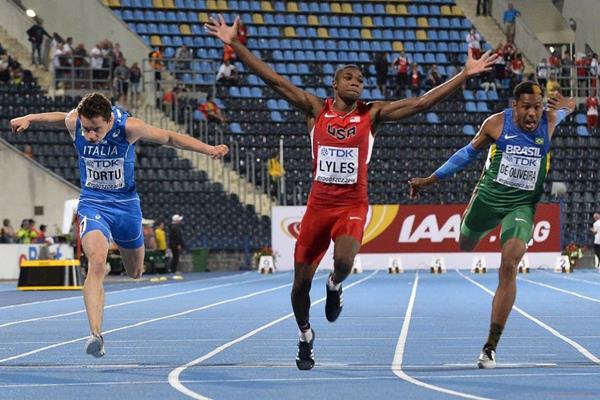